However, the impact of SARS and MERS has been relatively mild compared with the global disaster unleashed by the severe acute respiratory syndrome coronavirus 2 (SARS-CoV-2) virus that is causing the COVID-19 pandemic. In just a few months, it has triggered lockdowns in numerous nations, and the disease continues to spread to this day.

Fortunately, our knowledge about the SARS-CoV-2 virus is improving. This was a virus unknown to science five months ago. Today, it is the subject of study on an extraordinary scale. Antiviral drug trials have been started, vaccine projects are increasing, and new diagnostic tests are appearing.

However, what exactly have scientists learned over the past five months? How can this knowledge put an end to the COVID-19 pandemic?

Where did it come from? How did it first infect humans?

Understanding where the SARS-CoV-2 virus came from and how it spreads is crucial for its control and treatment. Most experts agree that bats[1] are a natural reservoir of the virus, but an intermediate host was necessary for it to jump from bats to humans. Most evidence suggests that the virus started infected humans through an intermediary species, such as pangolins; however, researchers note that additional intermediate hosts could be possible as well.

According to virologist Edward Holmes of Sydney University, “This virus probably jumped from a bat into another animal, and that other animal was probably near a human, maybe in a market. And so if that wildlife animal has a virus it’s picked up from a bat and we’re interacting with it, there’s a good chance that the virus will then spread to the person handling the animal. Then that person will go home and spread it to someone else and we have an outbreak.”[2]

As to the transmission of the SARS-CoV-2 virus, it occurs when water droplets containing the virus are expelled by an infected person when sneezing or coughing.

The source of the coronavirus is thought to be a wet market in Wuhan, China which sold both live and dead animals, including birds and fish. These markets present a greater risk of viruses jumping from animals to humans because hygiene standards are hard to maintain if live animals are being kept and butchered on site. Usually, they are also densely packed – this allows disease to spread from one species to another.

How does the virus spread? How does it affect people?

Virus-ridden particles are inhaled by others and come into contact with cells lining the larynx and throat. These cells have countless receptors, known as Ace-2 receptors, on their surfaces. Cell receptors play a vital role in passing chemicals into cells and in activating signals between cells. The SARS-CoV-2 virus has a surface protein that locks on that receptor and slip its RNA into the cell. Once it gets inside, that RNA inserts itself into the cell’s own replication machinery and generates multiple copies of the virus. These burst out of the cell, causing the infection to spread.

According to scientists, a COVID-19 infection is generally mild. Many people do not even notice that they have been infected and so they go around their homes, work, and supermarkets infecting other people. By contrast, SARS – which is also caused by a coronavirus – makes people very sick and kills around 1 in 10 of those who are infected. In most cases, these patients are hospitalized and that stops them from infecting other people – this also effectively cuts the transmission chain.

What are its symptoms?

Initial symptoms include tiredness, dry cough, fever, and a general feeling of being unwell. Aches and pains, headaches, shortness of breath, are some of its other symptoms. However, other symptoms, such as a loss of taste and smell and stomach problems are emerging as well.

Why does the SARS-CoV-2 virus sometimes cause death?

Why is it that some people recover from COVID-19, while others succumb to the disease and die?

Occasionally, the SARS-CoV-2 virus can cause severe health problems. This occurs when it moves down the respiratory tract and infects the lungs, which are rich in cells with Ace-2 receptors. Many of these cells are then destroyed, and the lungs become full of bits of broken cells. In these cases, patients will require intensive care.

In some cases, it is even worse – a person’s immune system can go into overdrive, attracting cells to the lungs to attack the virus, resulting in inflammation. This process can go out of control, more immune cells pour in, and the inflammation gets worse – this is known as a cytokine storm. In most cases, this can kill the patient. Why cytokine storms occur in some patients but not in others is still unclear. One possibility is that some individuals have versions of Ace-2 receptors that are more vulnerable to coronavirus attacks than those in most people.

How big could the COVID-19 pandemic get?

As of April 23, there are a total of 2,637,673 confirmed COVID-19 cases worldwide, with 184,217 deaths and 717,625[3]. It has already taken hold of 210 countries and territories around the world and is starting to wreak havoc in Africa and South America. While some countries are starting to see a drop in new COVID-19 cases, others are still experiencing infection peaks and are getting more and more cases each day.

When will we get a vaccine?

On April 9, Nature reported that 78 vaccine projects[4] have been launched around the globe – with a further 37 currently in development. Among the projects that are currently ongoing are vaccine programs that are now in phase one trials at Oxford University, two at US biotechnology corporations, and three at Chinese scientific groups. Several other vaccine developers say that they plan to start human testing within the year.

This rapid response raises the hope that a COVID-19 vaccine will be developed in a fairly short time. However, vaccines require large-scale efficacy and safety studies. Thousands of people would receive either a placebo or the vaccine itself to determine if the vaccine is effective – this is inevitably a lengthy process.

Five months into this pandemic, the number of confirmed COVID-19 cases continue to rise across the globe. However, there is some hope. Scientists are tirelessly studying this virus – understanding where it comes from, taking a look at its effects, and working to develop a vaccine – hoping to finally stop this pandemic.

Let us all do our part to stop the spread of this pandemic. Stay home. Stay safe. Stay healthy. 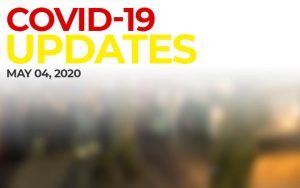 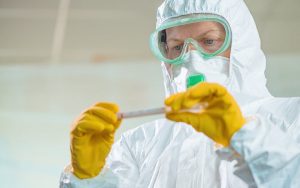